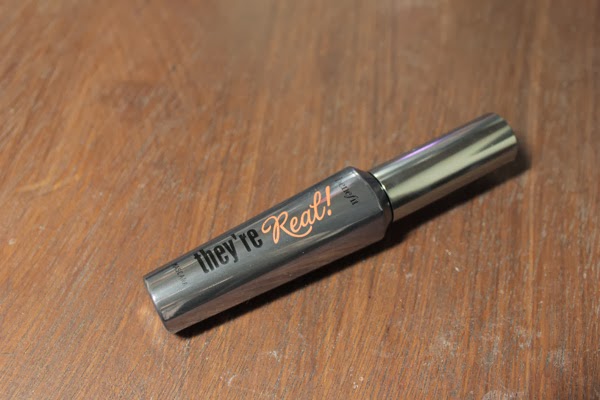 I am quite fickle with my mascaras, and don’t often like to buy the same one twice. However, I had actually tried Benefit They’re Real Mascara before just after it was released, and have only just decided to repurchase. It is claimed to be the ‘UK’s  no.1 best-selling mascara’ and I can definitely understand why. For the record, I have naturally quite long, full, blonde lashes.
The Claims:
They’re real! lengthens, curls, volumizes, lifts & separates. Our jet black, long-wearing formula won’t smudge or dry out. A specially designed brush reveals lashes you never knew you had!
The Verdict:
My favourite part about this mascara is the brush – it is a plastic wand with relatively short bristles, making it easy to get right into the roots of the lashes. The spikes at the end of the wand allows you to define inner lashes  and you can use it on the outer corner to extend the lashes to create a feline shape. It can be slightly spiky and uncomfortable to use, but when used properly this isn’t an issue.
I find that getting optimal results does require a bit of building up, but it is worth it. It gives everything that I look for in a mascara – length, volume and definition (check out the before and after pics below). I don’t think that it is the best I’ve ever tried, and it doesn’t look like I’m wearing false lashes, but it is definitely one of better ones I have tried. I do sometimes find that if I’m not wearing any eyeshadow or primer it can smudge a little on my upper lid, but this happens with most mascaras for me due to my oily lids. 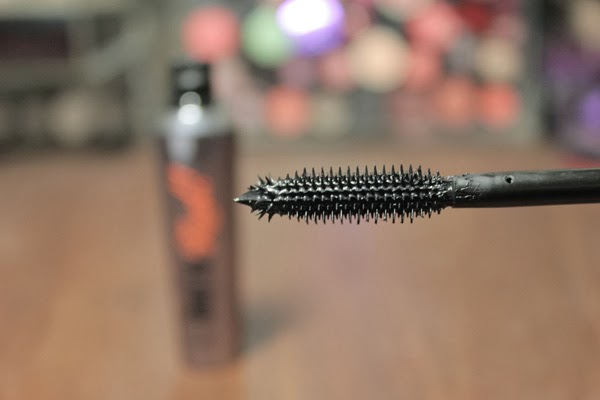 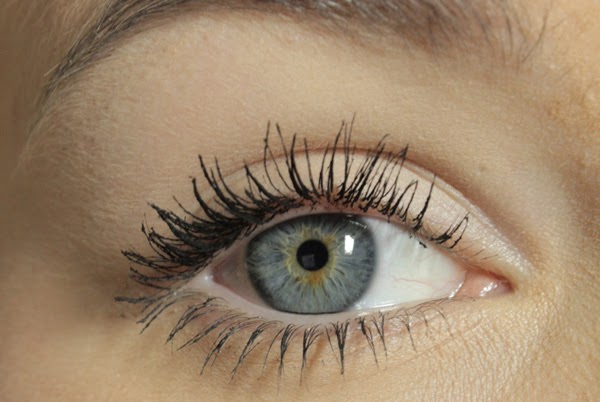 I would definitely recommend this mascara, as at £19.50 it sits at the cheaper end of the higher end mascaras, and it is popular for a reason. My favourite mascaras above this are probably the Yves Saint Laurent Babydoll Mascara and the Giorgio Armani Eyes to Kill Mascara, but they are both £24.50, making the Benefit option seem a little more cost effective.
–RachelElizabeth