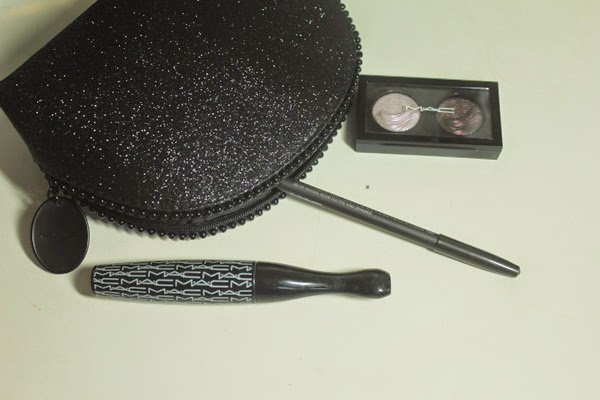 I have to admit, I don’t usually pay much attention to the Mac Christmas collections. They come out with so many collections these days and I’m just not as into following them as I used to be. That being said, I was very pleased and excited to receive one of the eye kits for my birthday from some lovely friends as I hadn’t tried any of the products that came with it…
The Mac Keepsakes / Plum Eye Bag contains three eye products: an Extra Dimension eyeshadow duo in the shades Triple Impact and Round Midnight, a powerpoint eye pencil in the shade Permaplum, an In Extreme Dimension Lash mascara and they all come in an amazing limited edition glittery black makeup bag. Only the eyeshadows from this set are limited edition, so the eyeliner and the mascara are available to purchase all year round.
I’ve always been intrigued by the Extra Dimension eyeshadows that Mac often bring out with collections. They always contain this stunning raised swirl pattern, and the formula is very unique. It feels somewhere between a cream and a powder – it feels much creamier and smoother to touch that a standard powder eyeshadow but it isn’t actually a cream product. Triple Impact is described as an ‘Opalescent Pink’ – it has a pale pink base and with a blue-purple duochrome running through it, so it looks different colours when it catches the light. Round Midnight is described as a ‘Rich Reddish Plum’ – to me it is a blackened purply-plum shade, that also catches the light beautifully. These are both metallic and shimmery eyeshadows, so if you’re not a fan of sheeny glittery lids then these may not be for you. They are both nicely pigmented, although I would say Round Midnight is more so, and it is definitely my favourite of the two.
I’ve actually never tried an eye pencil from Mac, let alone a Powerpoint Pencil, so I was very intrigued about this one. Permaplum is described as a ‘Deeply Plum with Dark Shimmer’, but to me it is a blackened very blue-toned purple and has a soft sheen to it, rather than any noticeable shimmer or glitter. It is an incredibly creamy formula, which is easy to smudge out to create soft smokey looks. It does set, but it does give you a lot of time to work with. For me this seems like a pencil you use on the lashlines rather than the waterline.
Much like eye pencils, I have never delved into the world of Mac mascaras as they often don’t get high appraisal in the blogging and YouTube worlds. The In Extreme Dimension Lash is supposed to be largely a volumising formula, which I would definitely agree with. I didn’t get a whole lot of length with this, and I found it a little messy to use as initially it is a very wet formula. The wand reminds me very much of the Benefit They’re Real Mascara as it’s a plastic wand with short bristles and has the extra bristles on the tip of the wand to aid lower lashes and inner corners etc. I don’t think I’ve quite made my mind up on this one, as I feel that if may get better once it has dried up a little. Right now I think it’s okay; it’s not my favourite.
Below I’ve included pictures of all the products used on my eyes. I used Round Midnight all over the lids and Triple Impact  on the inner corner. I blended a little of Mauve from the Lorac Pro Palette (full post here) into the crease and along the lower lashline. for some added definition and to ground the look. I lined the upper lashline and the outer half of the lower lashline with Permaplum and finished off the look with the In Extreme Dimension Lash. 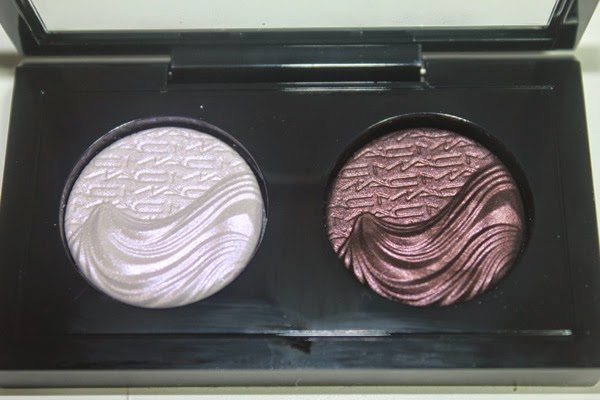 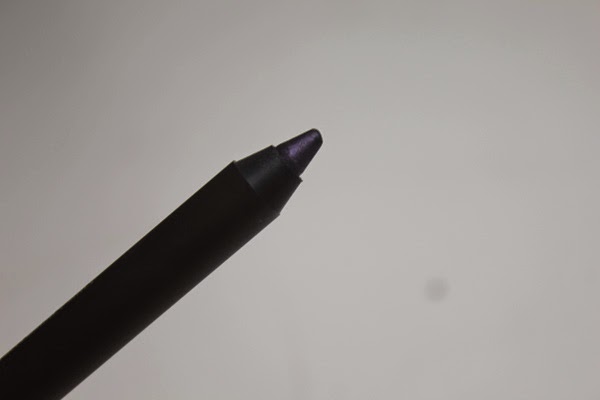 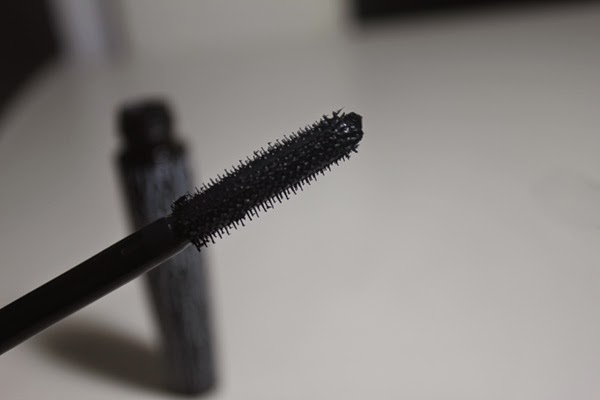 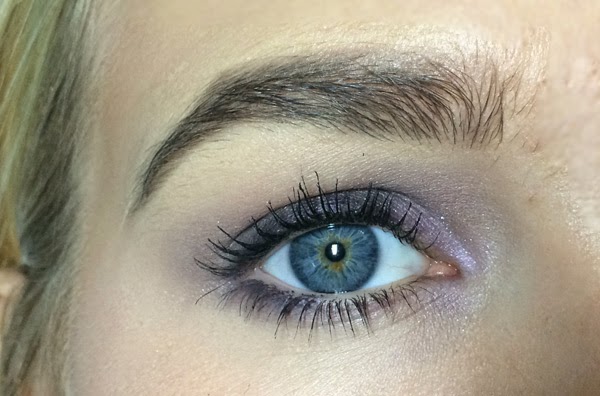 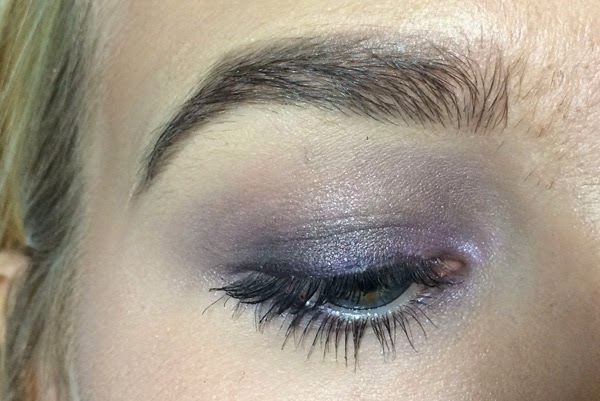 All in all, I think this definitely a set worth buying if you (or someone you are buying a gift for) love purple-toned eye makeup or is looking to experiment with colour. It’s also a great way to try a few new Mac products for much better value. I definitely give this gift set a thumbs up. What are your thoughts on this year’s Mac Christmas collection?
–RachelElizabeth 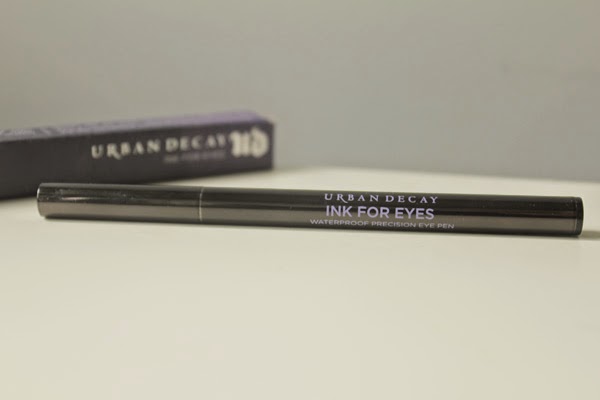 Winged liner has always been my go-to look – I would even go as far as to say it’s my signature. For the past two years or so, I’ve been more focused on trying gel eyeliners, but I felt I wanted a change. I have very oily eyes so I struggle with eyeliners smudging, so I’ve been searching for my perfect inky black, waterproof and long-lasting eyeliner and when Urban Decay released a new liquid eyeliner, I knew I had to try it.

The Urban Decay Ink for Eyes is an inky-black felt tip eyeliner. As expected from Urban decay, it is incredibly black and pigmented. The tip is super fine, but as you can see in the picture below, mine is slightly frayed. This hasn’t however effected the precision of application as it hasn’t affected the whole brush but it is a bit of an inconvenience. I find it really easy to create thin and thick lines with this pen, and creating a wing is also really achievable.

In terms of longevity, it definitely lives up to the claims. It is very waterproof – so much so that it can be difficult to remove. However, using an oil (such as The Body Shop Camomile Cleansing Oil post here) makes it much easier to break down the product and remove. It doesn’t transfer to my brow bone and stays looking perfect all day long. 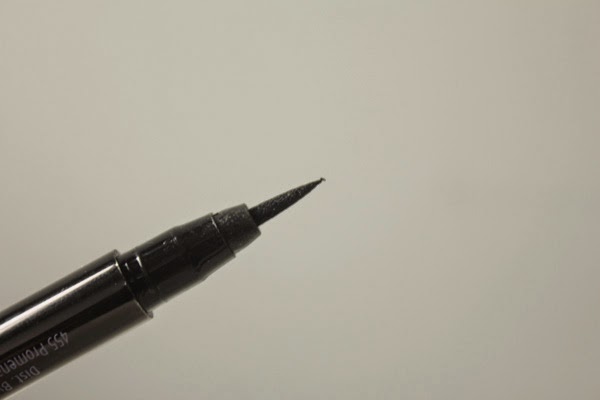 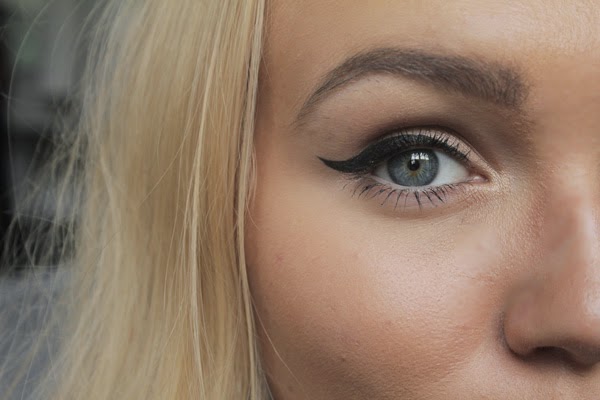 Urban Decay is one of my favourite brands and it definitely hasn’t disappointed this time. Have you given any of the new eyeliners from the brand a go? My eye is now on the cream liner…
–RachelElizabeth