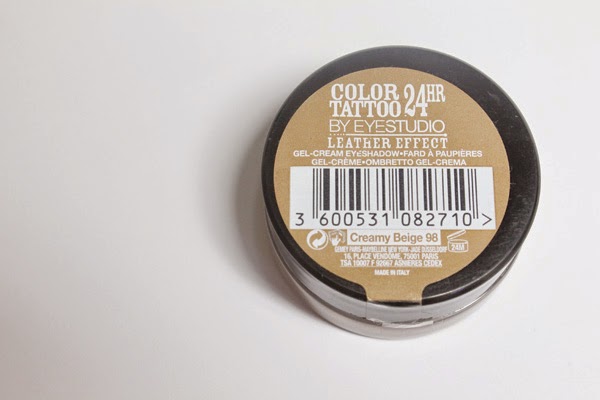 I find I always like the idea of cream eyeshadows, but my eyelids are really oily and they tend to crease and don’t actually work as a base for eyeshadow. However, the optimist in me continually buys them in the hope that I find one that is good for me. I have a couple of the original Maybelline Color Tattoos and I did like them but I had to wear an eye primer underneath. When I found out they were coming out with a slightly different formula, I had to try it out…

The Maybelline Color Tattoo Leather Effect Eyeshadow in Creamy Beige is a mid-toned neutral brown (leaning slightly on the cool side if anything) with a satin finish. I was expecting it to be matte, but it does a very slight sheen to it, which does stop it from looking too flat. It’s quite a stiff formula, but that means that it doesn’t slip and slide all over the lid. I like to apply it with a fluffy synthetic brush and it find that it blends out really nicely.
The colour of this is really great. On my pale skin this adds a little bit of deepness to my lid, and when I’ve worn this on its own all over the lid, in the crease and on the lower lash line, its looks really chic and effortless. For medium and darker skin tones, this would work as a really great neutral base that will help to cancel out any discolouration on the lids and amplify any colour that you put on top. The most incredible part of this product is that it doesn’t crease on me. I’ve worn it several times on its own without a primer and it looks exactly the same at the end of the day. Love. 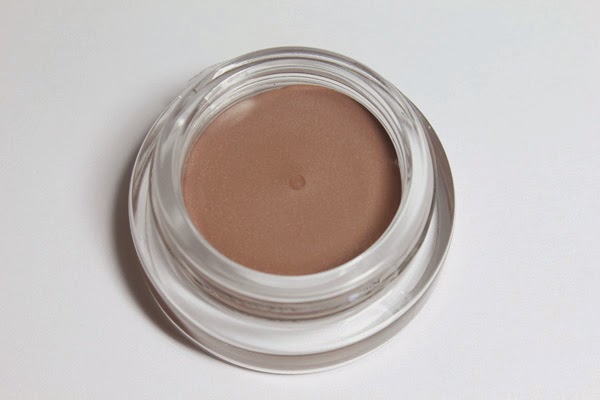 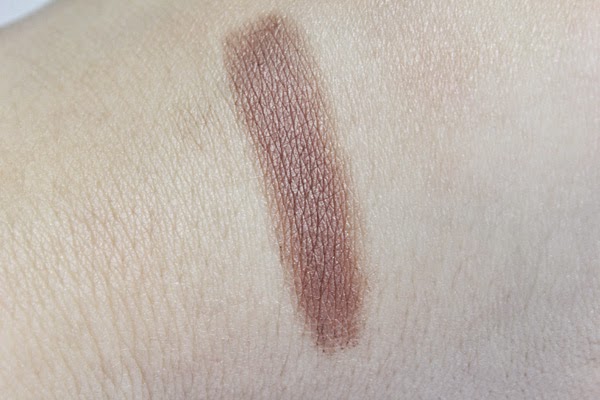 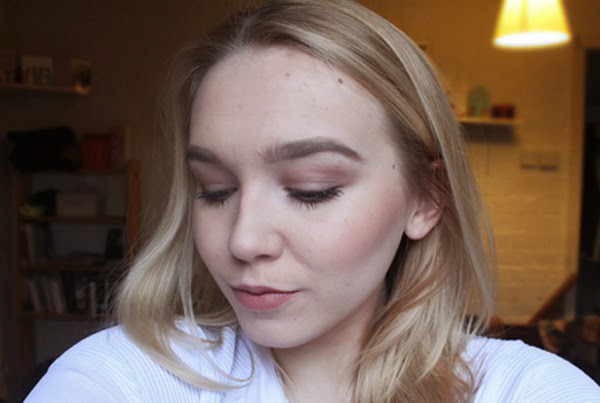 This has become my go-to for a lazy day eyeshadow, and it looks like I’ve made a lot more effort than I actually have. Unfortunately it doesn’t seem that we have got the whole leather effect collection in the UK, but if you like in the States, I would definitely check out the rest of the shades. Have you tried any of the Color Tattoos?
–RachelElizabeth
0
SHARES
ShareTweet