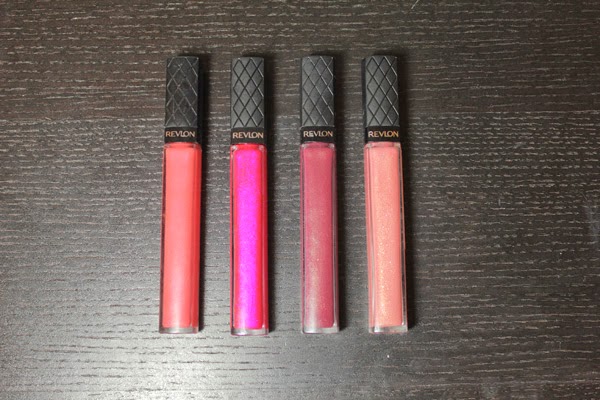 Now, don’t get me wrong, I am not the biggest lipgloss fan. For one, I prefer the look of a more matte finish lip product on me, but most of all, I don’t like the feeling of lipgloss on my lips. With most formulas I’ve tried, they are far too milky, separate on the lips and are way too sticky. However, despite my somewhat rocky relationship with lipgloss, I wasn’t quite ready to give up on finding the perfect formula. And I think I may have just found it…

The Revlon ColorBurst Lipglosses retail for £7.99 making them an absolute steal. I have four shades of the range (which is actually quite extensive), and the formula is pretty darn consistent throughout. Papaya is a bright coral shade, which leans more on the red side of coral than the pink, and has a subtle  golden shimmer running through it. Adorned is an extremely bright blue-toned fuchsia with pink and purple shimmer. Bordeaux is a deep wine shade, with the same subtle golden shimmer as Papaya. Peony is a peachy-pink with lots of golden and peach shimmer.

The best performing shade of the four is by far Adorned. It is probably the most pigmented and smoothest lipgloss I have ever tried, and it wears for such a long time. The other three shades are still beautiful lipglosses. The formulation isn’t too sticky, but is still very long lasting. They smooth over any imperfections on the lips and just make your lips look very luscious and full. 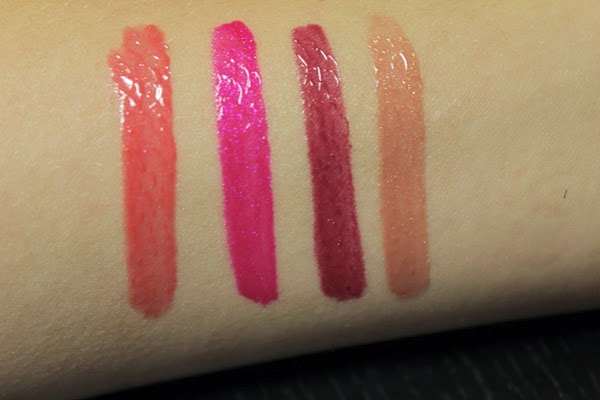 From left to right: Papaya, Adorned, Bordeaux, Peony
If you like lipgloss, you will love these. Because they are so pigmented you can wear them on their own, but I personally like to layer over lipsticks for an even longer lasting lip look.
0
SHARES
ShareTweet